What did I do last weekend?

What a weekend! I'm so sad the Pikes Peak Writers Conference is over, but I don't think I could have continued at that pace for one more day. I'm still recovering.

Workshops
The workshops I attended (between my volunteer responsibilities) were fantastic. Among them:
Pitches & Critiques
I pitched both formally and informally--one of the best things about going to a conference!
Meals
Meals at conferences are a great way to network with other attendees, and spend time with faculty in a more relaxed setting.

All in all, it was a fantastic weekend. I can't say enough about how much fun it is to volunteer at a conference. Have you ever volunteered at a conference?
Posted by Debbie Maxwell Allen at 4:33 PM 20 comments:

How To Pitch Your Book

I'm over at the Pikes Peak Writers blog today, talking about resources for pitching your project. Come on over and take a peek! Later this week I'll be doing some pitching of my own. I'll report back next week on how the conference (and my pitches) went.
Posted by Debbie Maxwell Allen at 9:16 AM 11 comments: 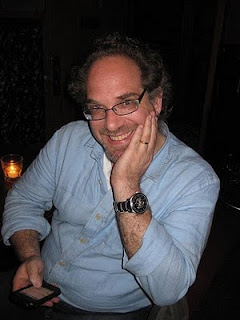 It's time for the annual, amazing Pikes Peak Writers Conference--one of the 10 best in the country (according to agent Donald Maass). This week I'm racing between volunteering for the conference, and pitching, too. Here's who I've been matched with for pitching. Hope my nerves can take it!

Barry Goldblatt began his career working for several large publishing companies in subsidiary rights. His dream was to work as an editor in science fiction, but along the way, he fell in love with children's books. In 2000, he opened his own literary agency, Barry Goldblatt Literary.


Though you may not write young adult, middle grade, or picture books, there is a lot you can learn from this publishing veteran. Consider this quote:


Most of Goldblatt's blog focuses on his clients' new books, but here are a few posts you won't want to miss:


The 4 things agents learn about your from your query, in Query This.


Goldblatt's take on an almost perfect day. I like this quote: "And another thing: all you writers out there, agented or unagented, struggling to find a home for that book you've slaved over, worried over, revised and refined...don't ever give up. Sometimes it just takes a little while."


An interesting fact: Goldblatt gathers all his authors for a yearly retreat. I've never heard of an agent doing this, but it sounds fascinating.


Many writers dream not only of publication, but of getting their book optioned for film. Goldblatt, married to stellar author Libba Bray(who has one of the funniest author websites around), explains what film options really mean, and what authors can expect.


Find out more about Barry Goldblatt in his Writer's Digest interview, and this interview.


Thinking about Goldblatt's first quote, do you write because you have to?


Posted by Debbie Maxwell Allen at 11:16 AM No comments:

7 Tips for Marketing Your Indie Book 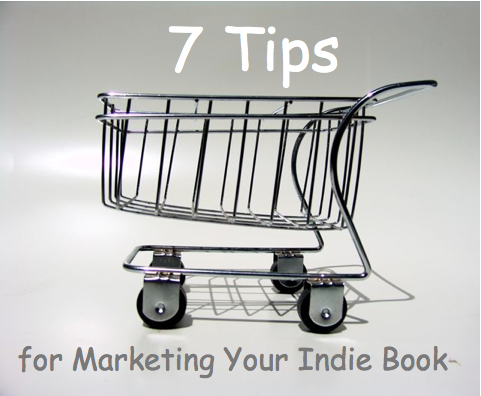 Publishing on your own is a big job--authors are not only responsible for writing, but all the editing, cover design, layout, and back cover copy. And then there's marketing.

Some writers have natural gifts for marketing. Others struggle to make the shift between writing and promotion. I've collected seven helpful posts that might make things a little easier.

Reviews
Reviews are a huge part of marketing. Many authors join sites like Goodreads (recently purchased by Amazon) to connect with readers. But if your book is an indie (self-published), it's sometimes difficult to find readers willing to post reviews. Empty Mirror lists ten ways to find reviewers for self-published books.

Buy Buttons
Your book is live on Amazon, and everywhere else. You've got a website set up. Now it's time to let readers purchase books from your site. I never knew how many potential problems could crop up with a 'book page' on a website. Thomas Umstattd is about to solve them all. He's created an easy way to add attractive buy buttons to your site, while still participating in affiliate programs. Imagine, getting paid twice for each book purchase. Right now (for just a few more days), he's running a Kickstarter project, where donors can receive discounts on the product. It's called My Book Table.

Kindle Direct
The Kindle Direct Program at Amazon can give books a much-needed boost at any stage of the marketing game. However, Amazon changes things from time to time. Check out what Lindsay Buroker has to say about what's working (and not working) right now at Amazon.

Kickstarter
If you haven't heard of Kickstarter (and others like it), it's time to check out what this site can do. This site is crowd-sourcing at its best. Worthwhile ideas make money, the not-so-great don't fly (kind of sounds like publishing, doesn't it?) Thomas Umstattd's idea above has nearly tripled the monetary goal he set. But it's important to plan carefully, and learn from others who have traveled there before. One of those is Clinton Kabler, who lays out three basic steps to using Kickstarter for literary projects. He focused on several realities that are important to understand for a successful experience. And Chuck Wendig at Terrible Minds covers some typical misunderstandings with Kickstarter.

Readers
Most authors want readers. And sometimes the best way to find them is by giving things away for free. My post last week highlighted some of the positives and negatives of pricing books low or free. Joe Warnimont lists the reasons why direct email marketing has such a big impact, and how you can entice potential readers to sign up.


If you're marketing already, what techniques have worked best (or not at all)?  When you become convinced to buy a book, what made the difference in your decision?
Photo courtesy of Stock.xchng

Free Publishing Teleseminar: get your questions anwered by three professionals

Next Wednesday, April 10th, at 8pm Eastern Time, writers everywhere have an opportunity to participate in a free teleseminar with all three. It's called the Get Published Teleseminar.

The seminar is one hour long, and will answer many publishing questions, including questions on platform (which Michael Hyatt wrote a book about). Even if you can't make the meeting, sign up, and you'll receive an MP3 link replay after it's done.

When you register, you have the chance to ask any question you want--great if there's a few things you really want addressed.

If a writing conference isn't in your future, make sure to take advantage of workshops like these.


What is the publishing question you'd most like the answer to?