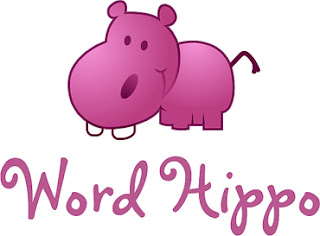 It's nice to start the year with the resources you need for the writing you want to do. Word Hippo is one of the resources writers can turn to for all kinds of information.

A quick visit to Word Hippo will answer the following questions:

What's another word for ____?
A thesaurus is a huge help for writers. How many times have you edited a passage and found you've used the same word over and over? Though we operate in a world of words, sometimes our brain only generates the generic ones.

What's the opposite of ____?
Yes, you can say what you mean. But sometimes (oops, used that above!) occasionally it's interesting to come at an idea from the other end of the spectrum. Instead of letting your character go on about what she loves, why not have her list the things she hates?

What's the translation for ____?
I've found this to be really helpful, since my novel takes place in Croatia. I translate all kinds of words so my characters have names that have a connection to who they are or what they do.

What words start with ____?
Alliteration can be a powerful writing tool (in moderation, of course). The tool on Word Hippo is searchable in several ways. You can find words that begin with, end with, or contain a certain letter or letters. The results are customizable so users can specify how many letters long they want their results. I imagine poets (and those who write rhyming picture books) could make use of this feature.

Find sentences with the word ____?
Sometimes you think of the perfect word, but you might not feel comfortable using it in context. Use this aspect of Word Hippo to see how others have used the word around the web. It might inspire you, especially for words you're not familiar with.

Find words that rhyme with ____?
Like the alliteration feature above, this one might appeal to poets and writers of rhyme. The results are grouped by syllables.

Find the tense of ____?
This aspect takes the guesswork out of finding the plural or singular of a word. It also identifies the past or present tense. If I ever have to take my present tense novel and rewrite it in past tense, I'm sure this would be helpful.

Pronounce the word ____?
Most writers grew up as huge readers, and as a result, have quite a big vocabulary. However, one of the drawbacks is that we sometimes imagine a pronunciation that's not quite right. I've had more than a few embarrassing moments as a result! This feature will say the word out loud for you as many times as you need.

What's the meaning of the word ____?
Most of us have a dictionary function in our word processing program, but Word Hippo has a great definition feature, along with all the rest.


Do you have any reference websites you've bookmarked? Let us know in the comments.

Posted by Debbie Maxwell Allen at 12:48 PM 6 comments: Links to this post

How to find the best Beta Readers for your novel

When your book is finished, and you need some feedback, it's time to think about beta readers. What is a beta reader? I heard someone recently describe it this way: You, the author are the first reader. The alpha. Whoever reads it next is the beta reader.

Finding the right beta readers for your novel is important. You want individuals who won't just pat you on the back, yet you don't want folks who will criticize you to the point you'll never write again.

Fortunately, my fellow Pikes Peak Writers member, Deb McLeod, has written a wonderful post explaining why you might want certain beta readers at one stage of your novel, and other readers at different stages. Definitely check out The Beta Reader Love-O-Meter on the Pikes Peak Writers blog.

Have you ever used beta readers? How has it been helpful, or not-so-helpful to your editing process?
Posted by Debbie Maxwell Allen at 12:56 PM 8 comments: Links to this post

Writing Roulette: All the Generators You'd Ever Want, Part 2 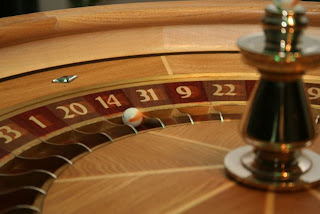 Note to readers:
I've gone through all the links and have fixed all the broken ones. If you're found some good generators that I don't have, leave a note in the comments and I'll be sure to add that in (and credit you for your efforts!). And if you find broken links, please let me know. Thank you so much!

Today is day two of generators for story ideas. If you missed part one, go check it out now. The list was so long, I had to split it into two posts. Have fun!


Setting
Terrain Generator: comes up with descriptive forests and oceans
City Generator: build your own description with nineteen different aspects.
City Map Generator: make a map of your setting with your own parameters.
Medieval Fantasy City Generator: this one has lots of options.
More City Maps: this site allows you to generate "endless maps of walled cities, complete with castles and winding waterways".
3-D City Maps: zoom in on the buildings in the city you create.
Blank Fantasy Maps: Sedeslav has created some wonderful fantasy maps where you can insert your own names of towns, kingdoms, and rivers. Highly recommended. Map 1 | Map 2 | Map 3 | Map 4

For Fun
Drink Generator: helpful for fantasy and sci-fi writers
Decision Generator: for you or your character, this answers the question: should you or shouldn't you?
Random Phrase Generator


More sites to check out:
The Forge: Generators for fantasy names, creatures, spells, and settings.
Serendipity: a huge amount of generators, names, characters, setting, clothing, swear words, and more.
Chaotic Shiny: another large collection, including culture, accessories, and diseases, and much more.
Seventh Sanctum: more generators, with superheroes, magic, and humor, among many others.
Where the Map Ends: more generators for language, villains, and fantasy characters.
The Generator Blog keeps up with new generators that come along.

Do you have any favorite generators to add to the list? Leave a link in the comments.


Other posts in the series:
Resources for plotting a novel
Generators, Part 1
Posted by Debbie Maxwell Allen at 6:00 AM 20 comments: Links to this post

Writing Roulette: All the Generators You'd Ever Want, Part 1

Note to readers:
I've gone through all the links and have fixed all the broken ones. If you're found some good generators that I don't have, leave a note in the comments and I'll be sure to add that in (and credit you for your efforts!). And if you find broken links, please let me know. Thank you so much!

While I'm still getting back on my feet, this week I'll post a couple of my most popular posts. The generators in this post and the following one are some of the most-searched for through Google. If you've got other generators to suggest, leave a note in the comments. Here's hoping one of these generators will give you the inspiration you need!


Continuing the series of resources from the NaNoWriMo forums, I discovered all kinds of threads with links to generators for writers. What's a generator? It's kind of like playing roulette with story ideas.

Let's say you need a name for a particular walk-on character. It's a man, who hails from Brazil. You could spend all kinds of time researching, or you can click over to a random name generator that is specific by country. Voila! Your character is no longer nameless.

You may not need all these generators, and admittedly, some are more frivolous than others. But there may be a few you want to bookmark that will come in handy in the future.

Plot
Terrible Things Generator: helpful if you can't think of more trouble for your character.
Plot Generator: a beginning, middle, and end to get you started.
Plot Scenario Generator: try these ideas on for size.
Random Story Generator: a complete plot in a paragraph.
Story Idea Generator: similar to the one above.

Titles
Random Title Generator: gives you six random titles that are actually pretty good!
Abstract Art Title Generator: uses art to come up with titles, and links to Google so you can see if that title has ever been used.

Come back tomorrow for generators on setting, fun stuff, and sites that have collections of even more generators.

Do you have any favorite generators to add to the list? Leave a link in the comments.

Other posts in the series:
Resources for plotting a novel.
Generators, Part 2.
Posted by Debbie Maxwell Allen at 8:47 AM 45 comments: Links to this post

Keeping me in stitches...

You may or may not have noticed how quiet it's been here. No rice boiling at all!

A week and a half ago I had surgery. What was supposed to be quick and easy turned out to be neither. And I ended up with a whole bunch of stitches in my back.

One for every letter of the alphabet.

Needless to say, it's been an interesting week. After a bad experience with a couple pain meds, I decided to forgo them altogether. I've been sleeping a lot. And my family has taken wonderful care of me.

I'm more or less back on my feet, though I don't have much stamina. Hopefully, I'll be back to regular blogging on Monday.

But in the meantime, here's a link to make you chuckle. The 42 Worst Nativity Sets. I vote for the Zombie Nativity, but it's a close tie with the Godzilla Nativity.

Which one would you vote for?

Posted by Debbie Maxwell Allen at 3:29 PM 13 comments: Links to this post